Written by Ashley Hunt
Updated over a week ago

IRMAA stands for Income-Related Monthly Adjustment Amount and it applies only to those with Medicare Parts B and D. IRMAA is an extra cost that a Medicare patient owes in addition to their Medicare premium if their modified adjusted gross income (MAGI) is above a certain threshold. Typically, the government covers a large part (roughly 75%) of Part B and/or Part D coverage. However, if patients make a larger amount of money, they'll be responsible for a larger portion of their own coverage. This additional cost is their IRMAA. IRMAA is owed in addition to the normal Medicare premium.

How is IRMAA calculated?

Qualifying for IRMAA is defined by MAGI from the past two years. The MAGI is the adjusted gross income (AGI), but with deducted costs added back on, like IRA contributions or deductions for tuition and fees. Below are the 5 income tiers for 2018. The numbers shown are determined by the Social Security Administration’s most current records for 2017: 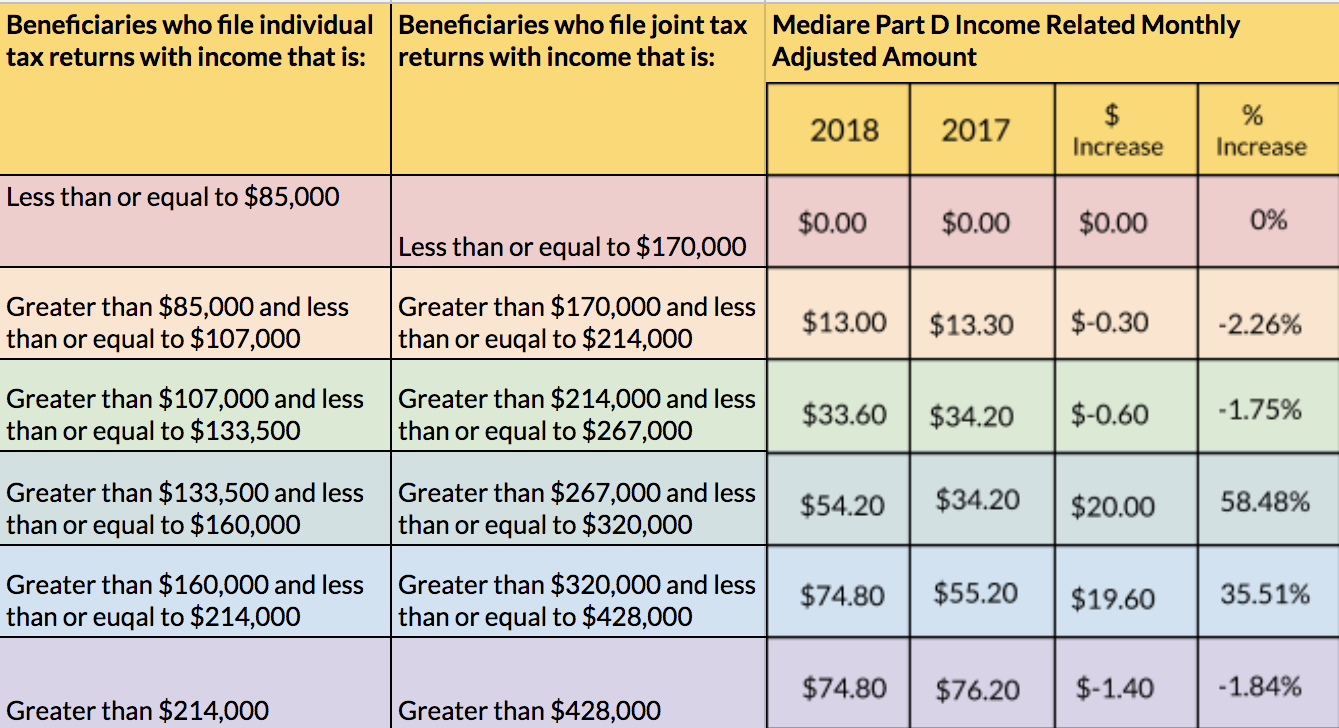 Since IRMAA isn't technically a part of a plan's premium, patients will not pay the plan's provider. IRMAA is paid directly to Medicare (the Centers for Medicare and Medicaid Services) instead. Patients can opt for IRMAA to be taken directly out of their Social Security or they can have Medicare send a bill to your address every month.

If a patient's income changes and they've moved to a lower IRMAA bracket, they can file an appeal to have their IRMAA premiums reevaluated based on their new income or change in employment status.

Curious to learn how else income could affect your patients' health coverage costs? Click here to learn about dual eligibility status.